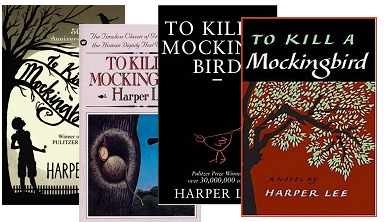 While teaching To Kill a Mockingbird, I came to appreciate what a wonderful literary hero Atticus Finch is. Atticus provides a great male role model for readers.

Unlike many other male heroes, Atticus doesn’t show his strength or courage through physical conflict.  Atticus’ strength is in his unshakable morality; his courage is in his willingness to fight for the right side regardless of the outcome. Atticus knows that defending Tom Robinson is likely a lost cause.  He also knows that representing Tom will make him unpopular with many Maycomb citizens.  But he knows what the right thing to do is, and he does it despite the unpleasant consequences.  Men like this are too few and far between in real life.

As he shares pearls of wisdom with Scout and Jem, Atticus shows young male readers what it means to be a good father. He teaches his children to respect other people and to accept their differences.  Most importantly, he teaches them empathy. Atticus loves his children consistently and openly, and he treats them with respect.  But he is also stern and unyielding when he needs to be.  In all matters, he treats his children fairly.

It’s a pleasure to teach a novel with such a great male role model.

This entry was posted on February 17, 2013 and is filed under Tips and Ideas. Written by: SusanAnderson. You can follow any responses to this entry through the RSS 2.0 feed. You can leave a response, or trackback from your own site.